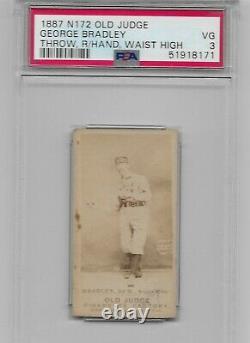 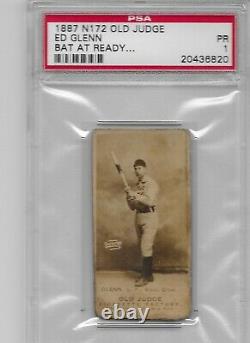 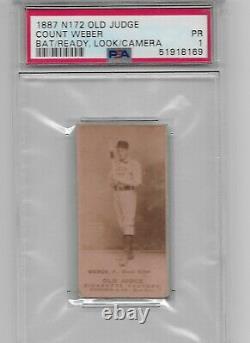 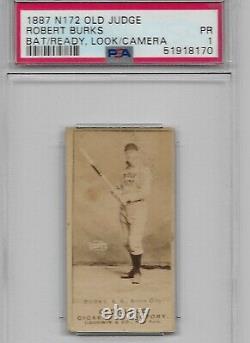 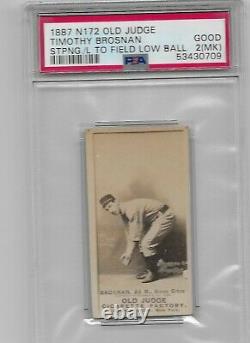 Up for sale is a VERY RARE and SPECIAL 5 card set of 1887 N172 Old Judge baseball cards. Few people know that the Sioux City, Iowa Cornhuskers won a World Series in 1894 and then later became today's Chicago White Sox.

This set includes 5 players from that team. The Western League of professional baseball was organized in 1893.

This group of cards represents a special piece of baseball history and are extremely rare. These are the 5 cards included in this set. 1 George Washington "Grin" Bradley - PSA 3 - PSA Population = 1 card total (this one) Grin was a pitcher. He pitched the very first no hitter officially recognized by Major League baseball on July 15 1876.

He had a lifetime ERA of 2.43. He was the NL ERA leader in 1876. This card has very significant historical value and importance. "Count" Weber - PSA 1 - PSA Population = 1 card total (this one) The Count was also a pitcher.

Timothy was a second baseman. This item is in the category "Sports Mem, Cards & Fan Shop\Sports Trading Cards\Trading Card Singles".

The seller is "bigrande55" and is located in this country: US. This item can be shipped to United States, Canada.